‘The Landscape of Food Education – a conversation’

An afternoon of conversation, inspiration and deliberation around the subject of food education and a path for its future in Ireland

Guest Speakers will include:

Paolo Ferrerani of the University of Gastronomic Science, Pollenzo, Italy

Gifts for the Gab

Join food and drinks writer Aoife Carrigy at the Kelltic Bar for a lively and delicious Samhain opening night celebration of some of the glorious ways that our homegrown Irish writers have captured those other gifts for the gab – all things food and drink, from thick giblet soup and nutty gizzards (beloved of Bloom) to pints of plain (yer only man) – before embarking on a self-guided Kells Food Fringe tour to some of the finest venues around the town, where there will be recitals and tasters aplenty to tickle your ears and tastebuds alike. Fringe events can be booked directly from participating venues. Includes the launch of Kells Gin. 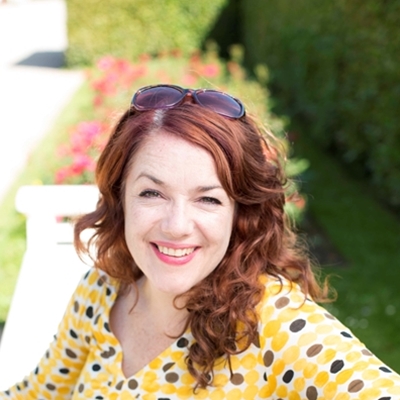 on the farm with Darragh Mc Cullough on Causey Farm

Author of the award winning ‘Great Book of Irish Farming’, and well-known TV personality, Darragh Mc Cullough will be hosting a Q&A on all things agricultural. The Meath farmer combines his passion for farming with his extensive media experience explaining how farming works through selected readings from his book and answering the cart-load of questions that inevitably follow! How many Farm animals are in Ireland? Can a sheep really see backwards? How can farmers protect the environment?

Sheridans Cheesemongers host a Samhain market at their headquarters with seasonal local produce and great Coffee!

Free
This event has taken place

on the farm with Darragh Mc Cullough on Causey Farm

Author of the award winning ‘Great Book of Irish Farming’, and well-known TV personality, Darragh Mc Cullough will be hosting a Q&A on all things agricultural. The Meath farmer combines his passion for farming with his extensive media experience explaining how farming works through selected readings from his book and answering the cart-load of questions that inevitably follow! How many Farm animals are in Ireland? Can a sheep really see backwards? How can farmers protect the environment? 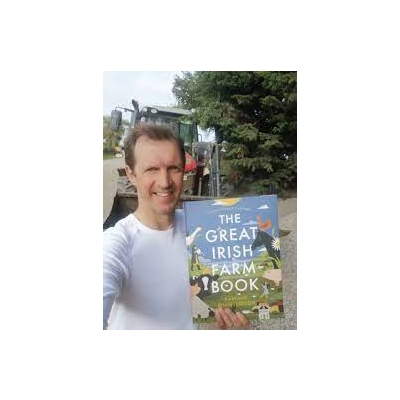 Tara Walker is a much loved & well known chef with a monthly cookery slot on LMFM and regular appearances on Virgin Media One’s Ireland AM. Tara has also had several appearances on Nationwide Show as well as on Newstalk FM & is author of Good Food No Stress.

Having grown up in the Boyne Valley region, Tara is familiar with the food heritage of the area, with it’s fertile soils and long traditions of farming that have flourished into a thriving hub of food and drink producers. Having run the East Coast Cookery School for the past 12 years at Termonfeckin, close to Clogher Head fishing port, seafood is a passion for her along with all the many great local food products. Tara’s cookery demonstration will feature a menu that has been specially created to showcase the best of the local season’s harvest. Featuring ancient grains, heritage potatoes, locally harvested sea salt, locally distilled spirits and fish from our bountiful waters, join Tara for a Flavour of the Boyne Valley.

Join Vanessa for a fun interactive event where she will read from her new book which tells the story of sustainable farming, food, culture and health. A copy of her book is now in every primary school on the island of Ireland as part of curriculum-linked education. 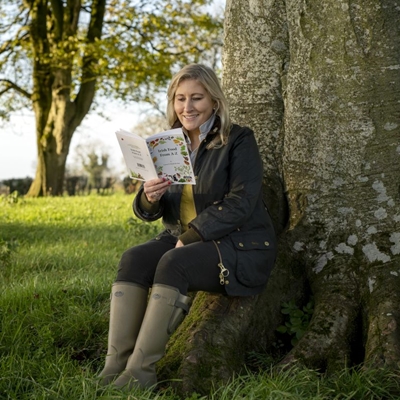 Bring your wellies and experience the story of Christmas with a lovely outdoor family event at the multi award winning Hogans Farm. This family farm has been producing Turkeys for almost 60 years & they are excited to offer this opportunity to visit their Charlesfort Woodland outdoor reared free range bronze turkeys in their environment of three acres of pasture to roam. This will be followed by a visit to the Farm Shop and Café at Hogans Farm. 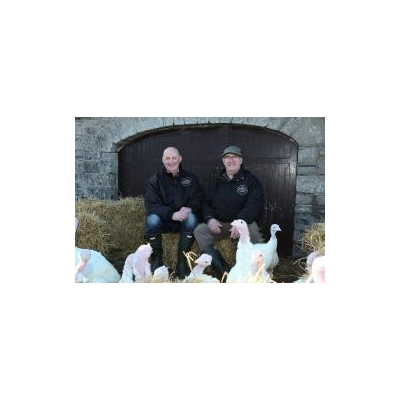 'Milk' with John and Sally McKenna

John and Sally McKenna, authors of “Milk" ,the "Ireland The Best” food and travel series and founder of McKenna’s Guides.

The history, science and culture of milk is explored, and MILK is also the story of the family farms that power a dairy industry of global strength.

John and Sally will be joined by Master Cheesemonger Kevin Sheridan as they unlock some of the secrets of milk, demonstrating how to make yogurt, labneh, herby cheese in oil, crème fraiche, and home-made butter.

Venue: Meet outside the Courthouse

Enjoy a guided walk about the beautiful heritage town of Kells, hosted by passionate and knowledgeable local volunteers. 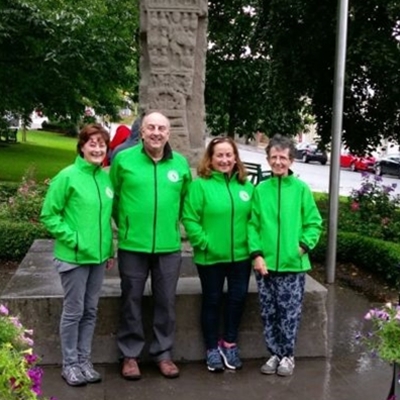 Gilded Gravel in the Bowl

Irish Cuisine and Culinary Heritage in the Poetry of Seamus Heaney

Seamus Heaney’s poetry is rich in detail about agricultural and food practices in his native Northern Ireland from the 1950s onwards, such as cattle-trading, butter-churning, eel-fishing, blackberry-picking or home-baking. Heaney’s poetic renderings of agricultural and culinary scenes are detailed and multi-layered, fuelled by his deep familiarity with rural and culinary activities as well as his knowledge of Irish mythology, history and culture. This talk will trace the abundance of agricultural and culinary scenes in Heaney’s work and show how the foodstuffs and culinary techniques featured in the poetry reflect historic and contemporary Irish cuisine and culture as explained by food-historical and folkloristic research, giving his work a particularly Irish cultural signature. It will be presented by Anke Klitzing, lecturer on food and culture, literature and media at the Technological University Dublin, where she is currently undertaking PhD research into food in Irish literature. 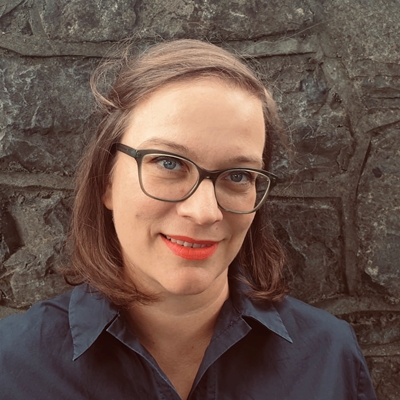 Join Devin O' Sullivan for a fun and immersive workshop taking you on a journey through a wide variety of sustainable, tasty foods. Come along and learn about Oysters,  Mussels and different Seaweed as well as fizzy, fruity Kombucha, Sourdough Starters and finally some simple ways to reduce your food waste at home. Tasters are available throughout the workshop. Devin O' Sullivan is a food provocateur and educator from West Clare. He is the founder of FEAST, a social enterprise improving food education in Ireland through innovative and engaging food workshops in 1st and 2nd level schools across the country.

2022 will see the publication of his first book 'The Story Matters Most' an in-depth exploration of the global food system and the food we eat. Featuring contributions and interviews from renowned chefs, farmers and scientists.

The revival of lost Irish whiskeys

Boann Distillery have collaborated with author and leading whiskey historian, Fionnán O’Connor, to recreate and revive a series of historic Irish whiskey mash bills as part of his PhD in ‘The history and culinary potential of lost Irish mash bills’ with TUD (Technological University of Dublin). O’Connor is lauded as one of the foremost experts on the history of Single Pot Still whiskey. His book ‘A Glass Apart’, published in October 2015, is recognised as the definitive guide to Irish Pot Still whiskey today.

This unique project combines the traditional craft of whiskey distilling and its fascinating history of silent distilleries with modern technology to allow an unprecedented glimpse into the world of Irish whiskey history from the early 1800’s until the mid twentieth century.

Now safely held in bond to mature, these historic Vintage Mashbills pay homage to those who have gone before us – the ghosts of Irish Whiskey history.

The Best of Irish Showcase with Kevin Dundon

Kevin can usually be found busy at work in the Dunbrody House kitchen and cookery school. You will also find him gracing TV screens and chatting on Irish radio talking about all things to do with Irish Food. Kevin is an ambassador for the Supervalu Food Academy programme and is a huge supporter of locally sourced indigeous produce.

Five days per week, Kevin presents on his own Instagram @kevindundon a mini show “kevin at 2pm”. A short cook-a-long for everyone where he shares simple recipes with interactive chats all along.

The Bunnery Family Cook Along

Join Catriona from The Bunnery Online Cookery School for a fun cooking session the whole family can take part in right from the comfort of your own kitchen! In this fun interactive Zoom class you will cook a delicious meal together live on Zoom. On the menu is Chicken Pie with a side dish of green vegetables and then everyone's favourite Chocolate Fudge Cake for dessert. The ingredient list and Zoom link will be sent out 5 days in advance and you will receive a recording of the class and full recipes afterwards.

Sponsored by The Bunnery

Master Cheesemonger Kevin Sheridan will host a tasting of four of Ireland’s great raw milk farmhouse cheeses. He will give some history of Irish farmhouse cheese and discuss why raw milk makes the best cheeses. He will also discuss why raw milk cheese making has been under threat in Ireland and across the world. ‘’ Raw-milk cheese is more than a wonderful food; it is a deeply embedded expression of our finest traditions. It is both an art and a way of life. It is a culture, a heritage and a cherished landscape. And it is under threat of extinction. Under threat because the values it expresses are in opposition to the sanitation and homogenization of mass produced foods’’

There will also be an opportunity to taste local cider and apple juice along with the cheeses. 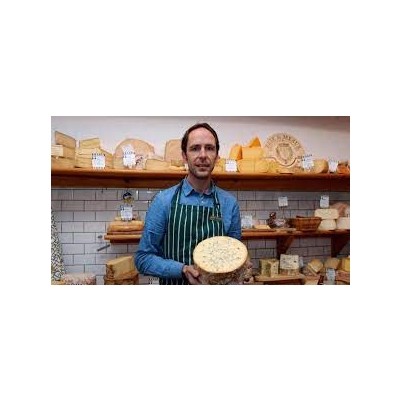 From Irish Elk Steak to Imported Avocado with Chris Murphy

The comeback of the Stone Age Health Regime

More than 10,000 years ago the Blackwater and Boyne Valleys became home to some of Ireland’s first post-Ice Age hunter-gatherers, with this locale inhabited from that time to this.

Over the many millennia since those first few hardy pioneers, diet and lifestyle have changed dramatically, for better and worse; and yet, everything the hunter-gatherers ate is now available on a supermarket shelf, apart from the Giant Elk steak, long since extinct.

As we face into the immense global challenges of growing populations, pollution and temperature rises, join world weary traveller and local historian Chris Murphy as he discusses the diet and lifestyle history of north Meath’s natives; looking at the subtle and sudden changes over the last ten millennia, when and why they happened, and why a growing number of people are today looking to our earliest forbearers for health advice. 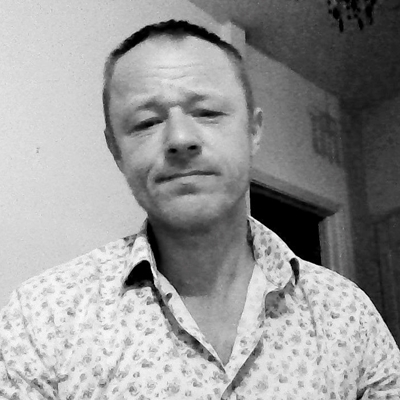 Alex Conyngham and John McKenna will delve into the story of forty years of Slane Concerts and how this shaped the creation of Slane Distillery. Enjoy a tasting of Slane Whiskey and a seasonal cocktail while John and Alex reflect on how and why the gigs started, highlights of the legendary shows over the years and how all this helped to shape the journey, twists and turns of bringing the vision for a new Irish whiskey brand and distillery to life. 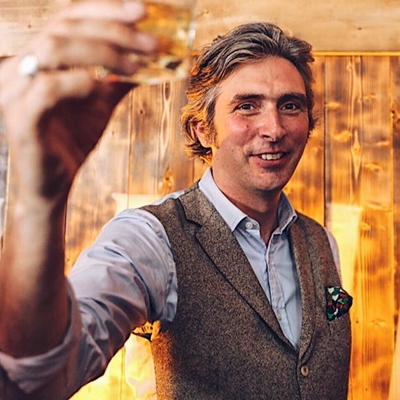 The long table seasonal supper will celebrate the liminal time of Samhain with toasts, tales and tasting. The menu will feature produce from across the Boyne Valley created by student Chefs with their mentors applauding those who are setting out on their career paths as Chefs.

There will also be some very special live entertainment throughout the evening.

Ticket includes dinner, drinks & tales.
This event has taken place
Please log in to add this event to your wish list so we can notify you in case of further availability

A relaxing ramble through the peatland and woodland habitats of Girley Bog, discovering the flora, fauna, fungi and folklore of the bog. 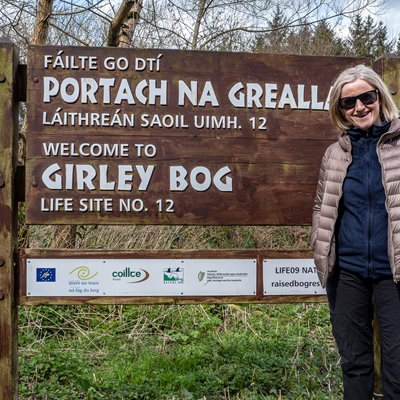