An Evening of Song and Poetry

After their success at the last two Hinterland festivals, it’s time for another intimate interlude of songs, readings and talk with three acclaimed artists from County Meath.

As one of The Lost Brothers, Oisín Leech, from Navan, has played Glastonbury, Electric Picnic and SXSW. Last year The Lost Brothers also played their first (sold out) concert at Hinterland. This year he’ll sing solo and with his sister, Saramai, another exceptional singer/songwriter who, thanks to a recent EP and appearances at Other Voices and other venues, is a growing force.

Joining Oisín and Saramai to read his poetry and keep the meaningful chat going is award-winning poet and publisher Peter Fallon, the success of whose work has taken him around the world and who, in the words of the Sunday Times, is “one of Ireland’s greatest literary talents”.

Sponsored by Dunnes The Premier House 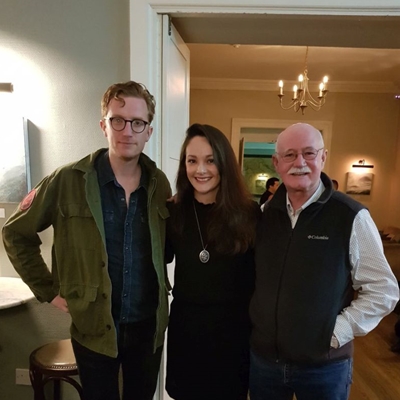